Puccini’s perfect one-act comic opera, Gianni Schicchi, will be in residence at Børsen this summer in a chic new setting. Come and join the fun and watch how the rush for personal gain, rapidly begins to run down the walls.

Based on a short passage from Dante's The Divine Comedy and set in the exquisite Italian city of Florence, this sparkling gem tells the story of a large family, each seeking their own healthy inheritance from patriarch Buoso Donati.

On Buoso's death, they tear apart the house to find the will, and discover that all family members are to be disinherited. Mayhem ensues!

Together they conspire to make a new will, to each of their own benefits, and reluctantly engage the services of Gianni Schicchi to aid them with their wishes and desires. But, who will the new ultimately serve to benefit?

Look forward to an evening starring David Kempster in the title role and Helle Gössler as his daughter, Lauretta, and hear up close and personal the famous aria 'O mio babbino caro'. The comedy is set up within a sparkling, witty and chic world by director Jack Furness and designer Hannah Wolfe.

Gianni Schicchi had its world premiere in 1918, as the third one-act opera in Puccini's Il Trittico trilogy. Copenhagen Opera Festival will over the next three years stage the entire trilogy – starting this summer in Børsen. 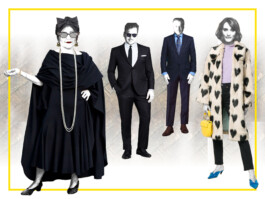 *) Under 27 or students with valid student card