In a colorful universe in under one hour we come across three very different fairy tales, which with music and magical staging come together as one and embrace all ages.

The Top and the Ball are the story of the two toys. They hold on to their forms towards each other and the world around them – but their eagerness and a moment all alone can make them ease the forms a little and show a different side of themselves.

In The Story of a Mother, we follow the mother, who loses her child, into woods to find it again. Here she experiences nature's many versatile faces and its force that is both beautiful and dangerous.

It's Quite True! takes place in the chicken coop, where gossip has wings. With lightning speed, the tale of a single feather becomes the tale of five hens. And no bird that hears the story along the way is aware of how great a small change, misunderstanding, or exaggeration ultimately has.

The music is written by the Danish jazz pianist and composer Thomas Clausen, who with his compositions give us a performance that rounds both narrative soloists and ensemble playing at the highest tempo. The three fairy tales are staged enchanting and playful by director Johanne Holten and set and costume designer Malaika Friedrich-Patoine.

So bring your whole family and indulge in this colorful family performance when H.C. Andersen Opera Fairy Tales is brought to the Festival Stage at Den Røde Plads and BLOX. 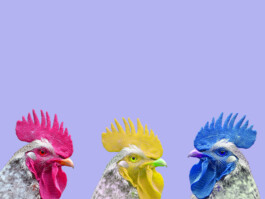 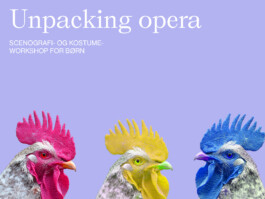 Set- and costumeworkshop for children