Dramatic difficulties shape their path, threatening to destroy not only the collective initiative but also their mere existence. And in the end, they are led to the inevitable confrontation with the opera's honorary villain, the house magnate Maximilius Profitikuss.

The collectively driven opera project Wem gehört Lauratibor? is another form of activism; an opera created in self-defense, stemming from the ongoing struggle against evictions of residents in the neighborhood around Reichenbergerstraße in Berlin-Kreuzberg. More than 100 professionals and amateurs form a core ensemble covering two choirs, a protest orchestra, scenography, costume, lyrics and musical composition and about twenty soloists. In June they walked through Reichenberger Strasse – and in August they will come to Odense and Copenhagen to share their story with us.

Lauratibor is presented by Teater Momentum, Vol. 15, Teater Grob and Copenhagen Opera Festival, and is supported by the Statens Kunstfond. 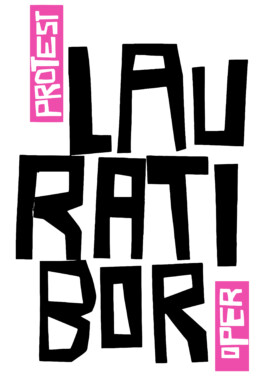