Nordkraft has been transformed into an opera, and it takes completely new paths to capture the captivating atmosphere and the intense emotional life in Jakob Ejersbo's classic novel.

Nordkraft and the book's gloomy Aalborg universe takes place in a windswept underworld teeming with drug addicts, desperadoes and crooked existences. When Jakob Ejersbo's literary new classic emerges as an opera this late summer, the narrative takes on an extra dimension.

What does abuse really sound like? How does the emotional soundtrack, framing drug addiction and the feeling of not fitting in sound?

This is exactly what composer Signe Lykke, librettist Nila Parly, director Anja Behrens, set designer Christian Albrechtsen and Copenhagen Opera Festival are trying to get the shovel under with an innovative and radically different grip. Here the recognizable is turned down and the exploratory up.

"In Nordkraft, I have tried to turn all the existential cracks that Ejersbo so vividly describes into sound. The human abyss we encounter in Maria, Allan, Steso, Hossein and Tilde.

A porous and tone-sensitive sound side that processes and mirrors the universal human. The music breathes, branches, waves and makes room for the small cracks in the story. Because in those cracks, Nordkraft's character gallery comes to life,” explains the award-winning composer Signe Lykke, who with Nordkraft has written her first all-night opera – and continues:

"There is something indescribably beautiful and inspiring about working with the unfinished and imperfect in man and it has been an incredible writing process."

The director did not hesitate to say yes to the task when she first had the opportunity to hear about Signe Lykke's ambitions – creating a work that would stand on its own feet.

"We are not going to work with the props as we know them from the books at all. For example, joints are not smoked on stage. In the same way, the scenography operates with abstract and carefully choreographed images rather than using site-specific grips - it could be a bar or a bedroom - as we know them from more traditional opera. It has been a common vision from day one. So we have to enter a different world – step into the emotions" says Anja Behrens. She elaborates:

"What does it really mean to be unable to move? To be locked in. Not to have the opportunity to really change direction, but to be trapped on a path that leads directly into the darkness? What forces are at stake in that room? "

She expects that the abstract approach will appeal to more people than one might just think: "I even know someone who died of their abuse. Most people know someone who has had abuse of some kind close to life. There is enough to tackle, because it is also a story that describes some of the elementary human conditions that we all struggle with. In different variations, of course, but the struggle to move, or the frustration of the deadlock, is probably the same for all of us."

The libretto, which is very true to Ejersbo's text, is written by the experienced Dramtaturg Nila Parly in close collaboration with the composer and director.

The opera is initiated and produced by Copenhagen Opera Festival and has been underway since 2016. It will have its world premiere during Aalborg Opera Festival, and it will – of course – take place at Teater Nordkraft, which is housed in the old power plant, which originally named Jakob Ejersbos novel.

After that, soloists, musicians, choirs and scenography will continue east to be a main performance at the Copenhagen Opera Festival, where it will be staged at Takkelloftet from 25th to 28th of August.

We are very much looking forward to inviting you to this innovation, which is another part of the festival's strategy of contributing to new contemporary and viable operas. Works created in collaboration with great talents of younger composers, directors, scenographer, and more who work with opera. 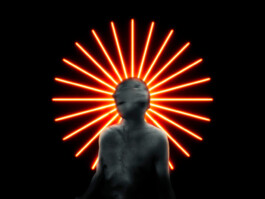