Opera Talent of the Year 2022 is Yana Kleyn

Every year, the Copenhagen Opera Festival gives special focus to a classical singing talent, and in 2022, we are delighted to announce the Russian-Danish soprano Yana Kleyn as the Opera Talent of the Year. Kleyn was educated at the Danish National Academy of Music and has in recent years marked herself as one of the most interesting voices of her generation. 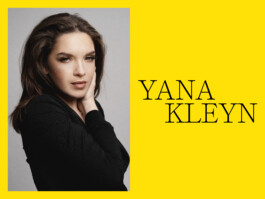 “It means a lot to me to receive such a distinguished recognition and award as the Opera Talent of the Year. I have always worked intensely to develop myself as an artist and touch the audience through my singing, and therefore it gives me great inspiration and encouragement when my work is noticed in this way, ”says Yana Kleyn.

Yana Kleyn originally trained as a pianist at the prestigious Russian Music Academy Gnesins in Moscow. In 2011 she moved to Denmark to complete her Masters in singing at the Danish National Academy of Music in Odense, and today she lives in Frederiksberg.

She made her debut as a soloist in 2011 and has subsequently made a name for herself with a number of great performances both at home and abroad. Among other things, in the role of Mimi in the critically acclaimed Copenhagen Opera Festival production of La Bohème, staged at Østre Gasværk Teater in 2019. Politiken's critics at the time described her voice as "surprisingly wide, creamy, dark and large".

“The first time I worked with Yana was in 2019, when she was cast as Mimi in my production of La Bohème at Østre Gasværk. She has a voice that draws you directly into her soul. She is an artist who gives herself fully on stage and immerses herself in the roles with an intensity and passion that makes her one of the most interesting and inspiring talents of our time ", says Amy Lane, artistic director of the Copenhagen Opera Festival.

The year after her debut at the festival, Yana Kleyn sang in the 2020 concert series 100 Opera Moments, while in 2021 she participated in the magnificent opening concert Viva Verismo! both in the Tivoli Concert Hall and on the Festival Stage at Den Røde Plads.

During this year's festival, which takes place from 19-27. August 2022, as the Opera Talent of the Year, Yana will performing the role of Giorgetta in Puccini's Il Tabarro as well as singing in concerts, including a solo concert in Christians Kirke on Wednesday the 24th of August at 21.00.

The Opera Talent of the Year prize is supported by Aage og Johanne Louis-Hansens Fond. 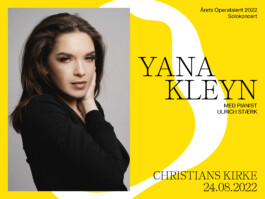